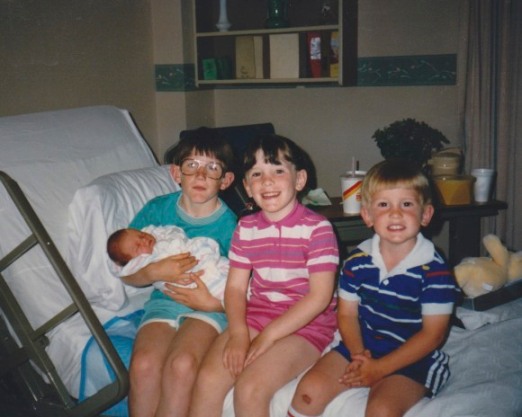 As parents, we all try to do the best we can, but most of the time we’re learning as we go.

On Chad’s 16th birthday, he woke up anxious to get his driver’s license. Chad has always been intrigued by motor vehicles and loved driving when he got his learner’s permit, so Mark anxiously drove him to the DMV to get his license. When they arrived, the license bureau was already closed for the Christmas holiday, even though it was only December 22nd. We were all so disappointed for Chad because on December 27th he was scheduled to leave the country for six months to be an exchange student in Brazil and wouldn’t be able to drive until he got back. With that in mind, Mark made a pretty radical decision. He told Chad that he could take our car and drive to my parents’ house, which was a couple miles from our house, even though he didn’t have a legal driver’s license. I was surprised that Mark let Chad drive because we were always pretty good at following the rules.

Even though we bent the rules for Chad that one time, we were always pretty strict with him because he’s our firstborn. As Kelly and Corey and Bryan came along, we softened a little bit more with each one. It’s probably because we got tired, but we definitely were not as strict with Bryan as we were with Chad.

Like his oldest brother, Bryan was also an exchange student and spent a year of high school in Germany. Mark and I decided to visit Bryan in Germany for his 17th birthday and found ourselves in Munich to celebrate. We all checked into a cute, family-run hotel and decided to go out on the town. At about 10:00pm Mark and I started getting tired, so we all walked back to the hotel. Of course Bryan wasn’t ready to call it a night and said he was going to an Internet café to email some of his friends back home. The hotel staff had only given us one key and at 10:00pm the front desk was already closed, so we asked Bryan to lock us in our room. It was an old hotel and you could only use a key to lock the door, both inside the room and out, so Bryan locked the door on his way out and said, “I won’t be gone long.” and Mark and I went to bed.

Around 1:00am we woke up and Bryan wasn’t back yet and we got worried. We got out of bed and tried to figure out what to do. We couldn’t go out and find Bryan because he locked us in our room and took the only key, so we tried to use the phone but the people at the front desk had gone home for the night. We tried to call Bryan’s cell phone, but the only response we got was “This call is forbidden.” All we could do was look out the window and hope that Bryan was safe. We were so worried.

Needless to say, Bryan wasn’t worried at all. He finally came home around 3:00am and Mark and I were ticked. After going to the Internet café, he decided to go to a bar and celebrate his 17th birthday. There he met a police officer and they chatted until three in the morning. We could have killed him.

The next day was a little quiet at first but we gradually got less and less upset as the day went on and ended up having a great time. I know we let Bryan get away with too much, but I think he turned out okay.

Despite all of our inconsistency in raising our kids, the one thing that Mark and I were consistent about was loving them and making sure they knew it. I think that’s the most important thing you can do as a parent. 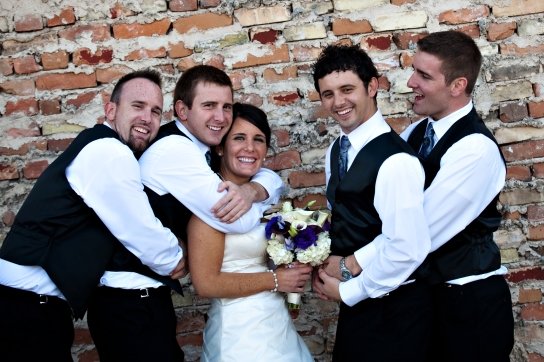